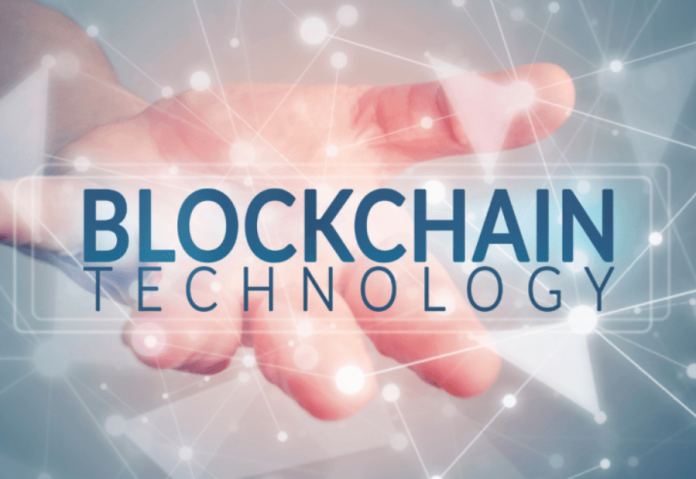 Blockchain startup Zupple’s dApp LegitDoc is a patent-filed system that can help issue and verify digital documents. It is powering Maharashtra government’s initiative to issue 65,000 blockchain caste certificates in Gadchiroli

But in the world of digitisation, the inefficiency of paper is being felt strongly as is the need to secure and manage documents in a better format.

The fact that vital documents such as degree certificates and caste certificates have a strong bearing on future jobs and government-funded benefits and subsidies means that digital storage must be safe, tamper-proof, and transparent.

Bengaluru-based Zupple is doing just that with LegitDoc, its blockchain-based application that helps issue tamper-proof digital documents to stakeholders that be verified from anywhere around the world, within seconds.

The blockchain-powered startup was co-founded by Neil Kevin Martis,Shesha Vishnu, Francis Serrao, and Neelu Khatri, who observed the need for on-chain document issuance and verification system.

Earlier this year, Zupple tied up with Maharashtra government and started issuing blockchain “caste certificates” to up to 65,000 tribals inGadchiroli in a bid to stop fraudulent claims on government benefits for the disadvantaged.

“Gadchiroli is the district with the lowest literacy rate in Maharashtra and caste certificates are much more important than Aadhaar cards or any other document for local tribals. They are unaware of government-funded incentives offered to them. This was a pilot initiative to provide local tribals members with blockchain-powered certificates,” said Neil.

The dApp can be used by all document issuers—banks, insurance companies, educational institutes, governments etc—to issue tamper-proof digital documents that can be verified from anywhere around the world instantly, he says.

Neil and Shesha knew each other during the course of their work as engineers for BEL. Francis, a relative of Neil’s, was working as a principal engineer at Qualcomm in San Diego.

“Online certificates are issued using centralised apps like DigiLocker. In 2020, DigiLocker compromised over 3.8 crore accounts and its authentication flaw put the core of user data at risk. We felt a decentralised system could solve the security issue,” Neil says.

Neil, Shesha, and Francis kickstarted the startup with an initial amount of Rs 20 lakh. LegitDoc was initially designed by Shesha; Neil and Francis then helped co-develop the project further.

In 2019, the startup received grants of Rs 30 lakh from the government of Karnataka.

At the beginning of 2022, Neelu Khatri, a retired IAF Wing Commander and founding team member ofAkasa Air, joined the Polygon public blockchain-based startup as a co-founder.

In 2019, the trio participated in the Maharashtra Startup Week challenge. Out of 1,000 startups, the government selects 24 startups in 12 different sectors such as e-governance, hospitality, transportation, and others.

The Maharashtra government had noticed the potential of blockchain-based certificate issuance. Typically, caste certificates are issued by Sub-Division Officers (SDO), and the process to issue a certificate is long and tedious.

“To apply for caste certificate, individuals must submit all supporting documents. The process might take months, as it has to be first approved by village level talati, tehsildar officer, cross-verified by the revenue department, and finally vetted by the SDO or collector. The collector then issues a certificate,” Neil says.

When a beneficiary visits any department to apply for schemes, a verification process is needed. As the majority of individuals own a paper printout of their caste certificate, it becomes challenging to verify digital signatures.

Neil says, “In Maharashtra, the only way to verify the caste certificate was through the issuer who issued the paper-based caste certificate. These problems led the Maharashtra government to approach us for a project on how we could use blockchain tech to benefit them.”

How does it work?

LegitDoc is deployed on public blockchains such as Ethereum and Polygon. The dApp is installed on the SDO’s system, where blockchain-enabled caste certificates are generated.

The Mahaonline platformcreates caste certificates in PDF format; these are uploaded into the dApp.

“The dApp cryptographically takes important details of an individual, including name, caste category, tehsil, district, tribe and others, and calculates hashes.”

In blockchain, hashing is a cryptography process of converting any data into a unique text string. Most cryptocurrencies, including bitcoin, use Secure Hashing Algorithm (SHA 256), which ensures easy tracing of documents.

The dApp then generates a unique QR code consisting of blockchain proofs that are embedded on each caste certificate with digital fingerprints digitally signed by the issuer and published on to blockchain.

The citizens receive certificates through the common service centres (CSC) already operational throughout the subdivision.

A single click on the Gadchiroli website will display on the screen whether the caste certificate is genuine and pull information about the recipient to confirm they are the same individual.

In 2021, the startup collaborated with theMaharashtra State Board of Skill Development(MSBSD) and has issued one lakh diploma certificates in Mumbai till now.

Governments and organisations in the world over are realising that blockchain could be the best technology for the management and storage of documents and other records. It offers immutability, transparency, and tamper evidence, which can help prevent counterfeiting and document frauds.

In India,Karnataka, Kerala, Tamil Nadu, Maharashtra,Telangana, and Andhra Pradesh are at the forefront of blockchain adoption, according to the NASSCOM Blockchain Report.

Revenue model and the future

“We charge a one-time fee per document issued and the amount varies based on the volume of document we issue. The document can be verified any number of times; there is no verification charge. It is free to verify anything on blockchain,” Neil says.

The startup’s clients are the government departments ofMaharashtra, Chhattisgarh, and Telangana.

The startup is currently working with banks and NBFCs, including Poonawalla Fincorp, and has partnered with Nangia Andersen India, a business consultancy firm to introduce their dApp in the GCC area (Gulf corporation area). The startup is in talks with the Government of Bahrain to offer e-governance on land record systems. It is also in talks with private universities.

Zupple has plans to expand the seven-member team.

“We are opening up our API-first services, where other customers can build on our API,” Neil says. “We are also in talks with companies in the insurance sector and quality assurance sector.”

The bootstrapped startup is in talks with venture capitalists and has plans to raise funds soon.

Also read: Monitoring industry trends and the evolving tech landscape is a must to build enterprise architecture for the future

Japan to introduce export regulations to control use of semiconductor technology

Indian unit of Disney to roll out Starverse