UPI clocks a record volume of over 1.5 billion transactions in August. 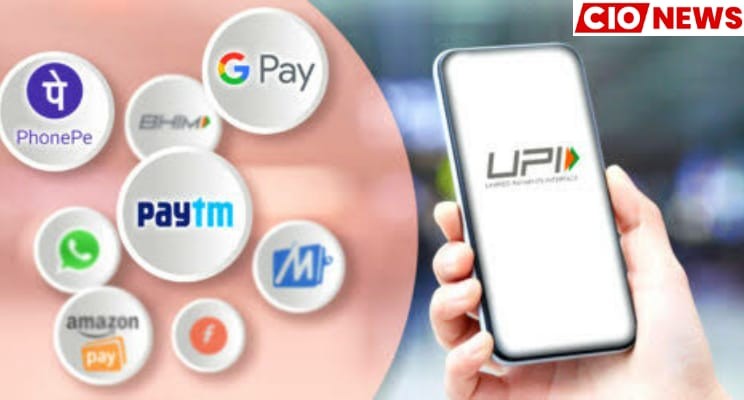 The surge may be on the back of a range of factors, including changes in conventional paper-based or branch-based money modes, P2P transfers to more convenient smartphone-based UPI transactions.

The Unified Payments Interface ( UPI) has recorded monthly volumes for the third consecutive month, processing more than 1.5 billion transactions in August for the first time since its inception.

At the same time, in August cash withdrawals by ATMs and micro-ATMs at Rs 1.36 lakh crore amounted to less than half of UPI payments, central bank data showed.

Industry experts said that while the surge in UPI-based micro-transactions could help India achieve its stated objective of transforming into a less-cash economy, banks would be nervously monitoring the rising volumes of low-ticket digital payments.

This is because the incremental costs of processing such ‘low-value, high-frequency’ payments are rather high, as these banks must constantly upgrade their back-end systems to track fraud threats in line with the growing transaction pressure, and even without any fees as these transactions are free of cost.

“It is likely to increase the server load on banking systems as UPI transactions continue to grow at a significant rate. This could lead to high infrastructure costs for banks,” said Vivek Belgavi, fintech leader, PWC India.

To be sure, banks can not charge UPI payments to consumers in compliance with the zero MDR policy introduced in the Finance Bill of 2019. This was reiterated in a circular released by the Central Board of Direct Taxes (CBDT) on Sunday after it had been noticed that some private sector banks had introduced caps for free UPI transactions.

HDFC Bank, ICICI Bank, Axis Bank and Kotak Mahindra Bank are among those that have launched UPI transfer charges in up to 20 transfers a month. These banks have now been asked to refund fees to their clients in 2020 on the grounds that such charges are in violation of the law.

“Processing refunds and not imposing levies in the future on transactions could mean an added burden on the banking system. However, from the perspective of overall digital payments adoption, the move to remove UPI fee for P2P transactions would have a positive impact on the growth of UPI transaction volume,” added Belgavi.

The surge in UPI transactions since May may be at the back of a number of factors, including a shift in conventional paper-based or branch-based peer-to-peer (P2P) money transfer modes to more convenient smartphone-based UPI transactions

“Transfers made through conventional modes such as cheques, RTGS and Demand Drafts are now moving to UPI as first-time consumers are realizing the convenience of UPI and related digital channels,” said Vishwas Patel, the chairman of Payment Council of India.

“Just in the month of August we saw 18% rise in new customers on our channel for net banking, UPI and BBPS based transactions,” said Patel, who is also the CEO of CC Avenues – a payment gateway.

As far as the banker is aware, the share of P2P transactions as against P2M transfers to UPI continued to hover in the range of 70-75 per cent despite the increased stress on payment companies to adopt more small traders on their platforms.

Meanwhile, experts also suggested that UPI record volumes may also be an indication of a revival in consumer sentiment leading up to the September-December festive season in India.

They also added that volumes on digital channels could again increase significantly by 2021 when heavy-duty sectors such as travel, tourism, hospitality and entertainment will resume operations with mandatory contactless payment services.

“We definitely see the surge continuing heading into the festive season,” said Hemant Gala VP Payments & Financial Services, PhonePe. “The surge will continue not just due to the organic growth from the existing user base but also due to the large-scale efforts put in by us in onboarding new-to-digital customers.”

Facebook
Twitter
Pinterest
WhatsApp
Linkedin
Telegram
Previous articleIndian companies invest half of the cloud budget on hybrids in the next 3 years: IBM survey
Next articleFacebook Will Now Allow Users To forward Messages To Only Five Contacts On Messenger