Asana, a hot productivity software startup valued at $1.5 billion, has filed to go public via a direct listing 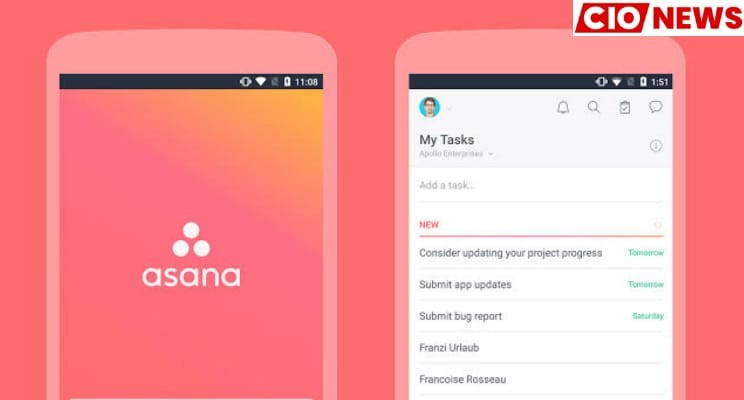 Asana, a buzzy workplace collaboration startup created by one of Facebook’s co-founders more than a decade ago, filed a paperwork Monday to become a publicly-traded business in a novel “direct listing” method.

The move would make Asana the third big tech business to go public with a direct listing, following in the footsteps of Spotify and Slack. And that means that Asana, which has lost money every year since its founding in 2008, would not generate any capital in the move.

The San Francisco-based firm, founded by Facebook co-founder Dustin Moscovitz, lost $119 million in its most recent fiscal year, more than twice its $50.9 million net loss in the previous year, according to Asana’s S-1 report. Revenue in fiscal 2020 grew by nearly 82% from the previous year to $142.6 million.

As several recent tech start-ups trying to inspire employees and investors, Asana describes the company in grandiose terms, declaring itself on a “mission to help humanity thrive by enabling the world’s teams to work together effortlessly.”

“We left Facebook and created Asana to address our pain: We love working on big ideas, but we loathe the annoying busywork required by their execution,” Moskovitz and Asana co-founder Justin Rosenstein wrote in a “letter” included in the company’s S-1 filing Monday.

The organization defines its namesake product, which has free and paid versions, as a “work record system” which allows employees to collaborate and maintain track of different projects.

Asana plans to list its stock on the New York Stock Exchange, which is also where Slack and Spotify hosted their direct listings last year. Moskovitz has significant control over the company by a dual share structure that gives it special shares of 10 votes per share.

A look at Asana’s financials

Monday’s S-1 filing is the first official look at Asana’s financial after the firm announced in February that it had confidentially filed an S-1 with the SEC. It was last valued at $1.5 billion in November 2018 and, according to Pitchbook, it has raised $213.5 million. However, Asana traded in secondary markets for around $5 billion, according to a recent report from Bloomberg.

Asana uses a freemium platform like Dropbox, Slack, and Zoom, so users can access a slimmed-down version of the product free of charge. Although Asana said it has increased the conversion rate of free to paid users, it does not expect to be profitable in the near feature. It says it has “incurred net losses in each fiscal year since our founding,” and as of April 30, 2020, had an “accumulated deficit of $365.6 million.”

Asana says its large losses reflect “the significant investments we made to develop and commercialize our platform, serve our existing customers, and broaden our customer base.”

Asana has a dual-class share structure, similar to Google, which provides more voting power to early investors and employees who entered before the business began. Within this structure, Moskovitz has the most voting power among all Asana’s shareholders at 39%. His co-founder, Justin Rosenstein, has 17.5 per cent voting power. It’s not clear how much of the shares each is planning to sell. Notably, though, Moskowitz’s total compensation for FY 2020 was $1.

“This structure results in a large portion of voting power being held by the founders and the two of us commit to managing this power the way we always have: by listening to others and engaging sincerely with their perspectives,” Moskovitz and Rosenstein wrote in the founder letter included in the paperwork.

Asana would not raise any capital by going public through a direct listing. Instead, existing shareholders, such as employees and VC investors, will begin selling their shares directly to the public when the stock starts trading. Asana is not the only enterprise to pursue a direct listing this year, over the more traditional IPO route. Palantir is already planning to take that route.

Both Moskovitz and Rosenstein served on Facebook before leaving to join Asana in 2008. In an interview with Business Insider in 2018, Moskovitz said that the company’s tech business has a lot more of a “straight forward business model where you create something valuable for businesses and pay for it” than a consumer tech company like Facebook.

As Asana prepares to go public, its also looking at taking its product to the next level. It plans to go from a tool that allows people to get clarity about what their colleagues are working on, to becoming a full “navigation system” for organizations. “When details and data about work are linked to and tracked in our database, Asana can serve as a powerful, intelligent tool in service of individuals, teams, and organizations—from optimizing how work should be done to predicting bottlenecks and suggesting ways to alleviate them,” Moskovitz and Rosenstein wrote.

Asana didn’t specify whether the ticker mark would be on the NYSE.

Facebook
Twitter
Pinterest
WhatsApp
Linkedin
Telegram
Previous articleAn ex- Cisco employee has pleaded guilty to illegally accessing the tech giant’s network and causing damage which shut down 16,000 webex team accounts
Next articleSnowflake, a $12.4 billion cloud data warehousing startup, files to be launched in one of the most anticipated tech IPOs of the year

Online grocery has been one of the fastest-growing segments in India's consumer e-commerce space and its growth has been propelled further with India's rising...
Read more
Startup

At the Investment Conclave 2021 in Chennai on Tuesday, Tamil Nadu Chief Minister MK Stalin handed over the Rs 60.40 lakh grant amount to the...
Read more
Startup

In a blog post, the web search start-up firm said that it would pay partners when "their content is used to...
Read more